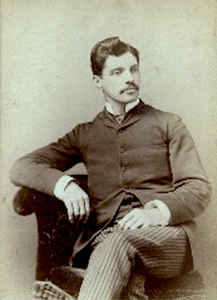 Lawlor emigrated to the United States in 1869 and traveled with several opera companies. He studied singing privately in Texas. In 1887, he settled in New York City, singing in opera, vaudeville and churches. Lawlor was part of a vaudeville team with songwriter and performer James Thornton.

Lawlor is primarily remembered today as the composer of the 1894 song, The Sidewalks of New York, a song for which he wrote the melody. The lyrics are by James W. Blake (1862-1935). Although the song was popular immediately after it was written, Lawlor, as well as the lyricist, Blake, rose to renewed prominence when the song became the theme song of the 1928 Democratic presidential candidate, Alfred E. Smith.