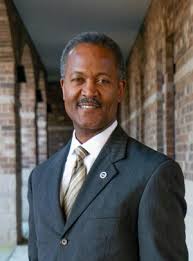 Cedric Adderley (b. 1965, Columbia, S.C.) is an American composer and educator.

Dr. Adderley enjoys a multifaceted career as an active composer, arranger and clinician while maintaining an active schedule of artistic engagements throughout the United States and abroad. His compositions for various musical media include works in virtually every idiom from chamber music to musical theater and include a considerable amount of commissioned works. His music has been praised for its beauty, imaginative use of color, and for its ability to communicate powerfully with a broad concert-going public without sacrificing complexity, artistic integrity, or technical finesse.