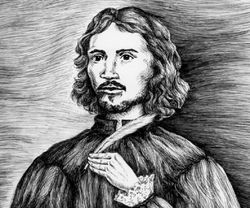 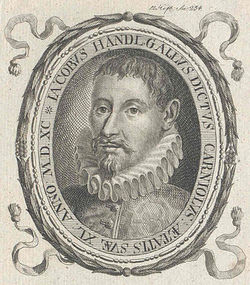 The late Renaissance saw the creation of some of the most beautiful music ever written, most of it being sacred vocal music. In performance practice, this unaccompanied vocal music was often supported by instruments. This stunning transcription of these two choral masterworks seeks to remain faithful to the sound and spirit of the original masterworks, If Ye love Me by Thomas Tallis and Regnum Mundi by Jacob Handl.

The Renaissance Era in music (roughly 1430-1600) saw the creation of some of the most beautiful music ever written, most of it vocal (or choral) church music. The era was characterized by polyphony, with each voice being independent and of equal importance.

Cathedral Music encompasses two songs from the Renaissance. Thomas Tallis composed If Ye Love Me in 1547-48, and it is an outstanding example of an early four-voice English anthem. This simple anthem has long been a favorite of choirs. The haunting opening phrase sets the stage for a variety of interesting and eminently singable motifs.

Jacob Handl published his four-voice Latin motel Regnum mundi in 1590 as number 138 in the fourth volume of his Opus musicum. The work's distinctive opening phrase is similar to that of the Tallis.

Cathedral Music was commissioned by and dedicated to the Kit Carson (Colorado) Wind Ensemble, which presented the work at the Colorado Music Educators Association's annual clinic/conference in January 2004, conducted by Jeramy McNeely.