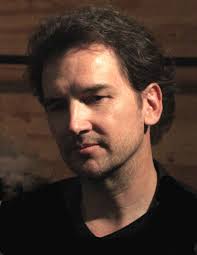 Catalyst in its development loosely reflects the process of encountering and assimilating a new idea, exploring it in four movements: Momentum, Euphoria, Last Twilight, and Catalyst.

Momentum begins with a call, a call for change, a desire to shed old habits and begin anew. To call takes courage and if answered even more courage is needed to take the first step on a journey leading to new possibilities. The impetus to move forward builds slowly, but through time and effort, eventually it reaches a point of no return. The journey begins.

Euphoria reflects those rare moments where one is totally immersed in the unabashed vibrancy of life. This is especially true with the onset of a new journey. The swirling textures and rhythmic interplay of the score reveals a state of being not encumbered by lingering everyday concerns, but instead fully embracing the carefree wonder of living, so common in our youth, where all things are possible.

When the new journey encounters hardship and something meaningful is lost, be it a beloved family member, a valued friend, or a relationship, one often yearns to return to how things were in the past. Everyday living is clouded with memories of what once was, mixed with the reality of now. Last Twilight reflects this state of mind where one is caught between both the idealized past and the unyielding present.

The decision to make a change is not always an easy one. Oftentimes an unexpected event, no matter how big or small, proves to be the necessary motivation to propel one forward. Catalyst opens with the call for change theme, beginning small, but soon descending to reveal a more robust, elemental nature. With echoes of themes from the previous movements, this theme is transformed and combined with new melodic material. But in the end, it remains true to its original essence. No one knows what will serve as the catalyst for change but when it happens one must be ready to embrace it fully, having the faith and courage to be open to all that is possible.