Casey at the Bat (Feinstein) 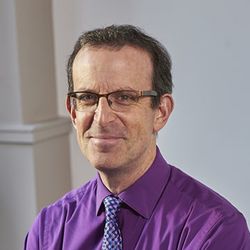 Casey at the Bat: A Ballad of the Republic Sung in the Year 1888 is a baseball poem written in 1888 by Ernest Thayer. First published in The San Francisco Examiner (then called The Daily Examiner) on June 3, 1888, it was later popularized by DeWolf Hopper in many vaudeville performances. It has become one of the best-known poems in American literature.

A baseball team from the fictional town of "Mudville" (implied to be the home team) is losing by two runs in its last inning. Both the team and its fans, a crowd of 5,000, believe they can win if Casey, Mudville's star player, gets to bat. However, Casey is scheduled to be the fifth batter of the inning, and the first two batters (Cooney and Barrows) fail to get on base. The next two batters (Flynn and Jimmy Blake) are perceived to be weak hitters with little chance of reaching base to allow Casey a chance to bat.

Surprisingly, Flynn hits a single, and Blake follows with a double that allows Flynn to reach third base. Both runners are now in scoring position and Casey represents the potential winning run. Casey is so sure of his abilities that he does not swing at the first two pitches, both called strikes. On the last pitch, the overconfident Casey strikes out swinging, ending the game and sending the crowd home unhappy.