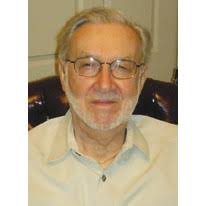 DeCamp began the study of piano at the age of four.  Self-taught as a pianist and arranger, he earned a degree in music composition from the Jordan College of Music in Indianapolis in 1951.  He was drafted into World War II, spending the majority of 3 ½ years in the South Pacific.  He arranged and played piano and guitar with Army bands, including the USO shows of Bob Hope, Jack Benny, and Randolph Scott, among others.  He toured internationally with Henry Mancini's Orchestra, playing guitar and piano.

DeCamp composed and arranged for major symphony orchestras, jazz groups, and choirs, and published over 80 arrangements and compositions.