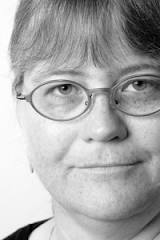 Bremer studied at the Eastman School of Music and CalArts, and received the Ph.D. in composition from the University of California Santa Barbara. She was chair of composition at the University of Oklahoma from 1991 to 2000 where she held the Sandra and Brian O'Brien Presidential Professorship.

Bremer received grants from Meet The Composer, the American Music Center, the Kirkpatrick Foundation, and the FIPSE program at the U.S. Department of Education, and a Dissertation Fellowship from the Regents of the University of California. At the time of her death, Bremer was chair of the Bob Cole Conservatory of Music at the California State University, Long Beach.

She had been dubbed a composer "driven by hobgoblins of post modernist cant." Bremer came to composition on the heels of intensive training as an orchestral bassist. Her catalogue contains works based on feminist symbolism (Athene), baseball (Early Light), and postmodern theory (Adventures in Hyperreality).

Bremer had performances of her works at Carnegie Hall; in Germany, Norway, and Sweden; and for the gala 150th anniversary concert at West Point. Her consortium-commissions include Symphony for Wind Band, premiered by Ray Cramer at Indiana University, and Returns of the Day, premiered by Thomas Dvorak at University of Wisconsin-Milwaukee. Bremer was guest composer for the Technology Initiative Conference at Collin County College in Dallas, Texas; the Women Band Directors International Conference in San Diego; and composer-in-residence at Mansfield University.

I am exploring the intersections of many fields -- of music, creativity, and meaning; of postmodern thought; of hybrid forms (composition/scholarship); of language as adjudicator of creative activity; of technology as the driver or slave for change. At the crux are these questions: how do I as a composer meld the various influences and ideas I have into a new piece? and how do I bring all of this to the student? The first question, I can answer non-verbally with instinct, experimentation and chance. But the second question requires much greater commitment. I need to answer it multiple ways to offer meaning to multiple learners. I must answer it non-definitively, ensuring I do not squelch an idea different from mine. I must answer it in a way that will be useful to people outside of my own aesthetics.