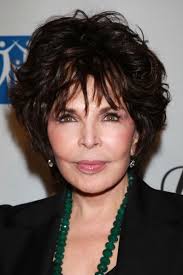 Ms. Sager graduated from New York University, where she majored in English, dramatic arts and speech. She had already written her first pop hit, A Groovy Kind of Love, with Toni Wine, while still a student at the New York City High School of Music and Art. It was recorded by the British invasion band the Mindbenders, whose version was a worldwide hit, reaching #2 on the Billboard Magazine Hot 100.

Sager's first recording as a singer was the 1977 album Carole Bayer Sager, which included You're Moving Out Today, a song which she co-wrote with Bette Midler and Bruce Roberts. It was followed by ...Too in 1978 and a third and last album, co-produced by Burt Bacharach, entitled Sometimes Late at Night (1981), which included the single Stronger Than Before, later recorded by Dionne Warwick and Chaka Khan.

Many of Sager's 1980s songs were co-written with her former husband, the composer Burt Bacharach. She executive-produced the eponymous solo album for June Pointer, member of the legendary pop/R&B group The Pointer Sisters, in 1989.

Sager has won an Academy Award (out of six nominations), a Grammy Award (out of nine nominations), and two Golden Globes (out of seven nominations). Ms. Sager was inducted into the Songwriters Hall of Fame in 1987. She won the Academy Award for Best Song in 1981 for Arthur's Theme (Best That You Can Do), which was the theme song of the movie Arthur. Sager received the Grammy Award for Song of the Year in 1987 for the song That's What Friends Are For, which she co-wrote with Bacharach. This song was originally written for the movie Night Shift (1982), and it was recorded for this movie by Rod Stewart.

Sager is also an artist. Her first solo art show was in March 2011 at the L.A. Arthouse in Los Angeles. Her second show ran for two months at the William Turner Gallery in Bergamot Station, Los Angeles, in 2012.