Carol of the Drum 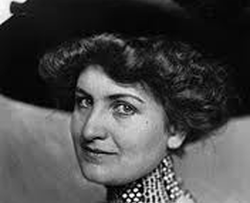 The Little Drummer Boy (originally known as Carol of the Drum) is a popular Christmas song written by the American classical music composer and teacher Katherine Kennicott Davis in 1941. It was recorded in 1951 by the Trapp Family Singers and realized on the choir's first LP Christmas with the Trapp Family Singers and released as a single (45 rpm). These were the first recordings released on their new record label Decca Records and further popularized by a 1958 recording by the Harry Simeone Chorale. This version was re-released successfully for several years and the song has been recorded many times since.

In the lyrics the singer relates how, as a poor young boy, he was summoned by the Magi to the nativity where, without a gift for the infant Jesus, he played his drum with the Virgin Mary's approval, remembering "I played my best for Him" and "He smiled at me."

This publication marks the first edition of the Floyd Werle classic arrangement for modern band, including a full score. Edited by R. Mark Rogers.