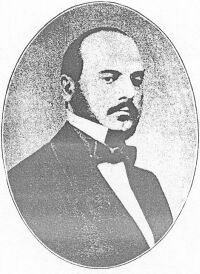 This work may appear under its title in French, Le Carnaval de Venise.

The Carnival of Venice is a folk tune popularly associated with the words "My hat, it has three corners". A series of theme and variations has been written for a number of solo instruments, as "show off" pieces that contain virtuoso displays of double and triple tonguing, and fast tempos.

When Arban wrote this set of variations in the early 1860s, he may have been inspired, as well as challenged, by Niccolo Paganini's twenty variations for violin on the same air. The folklike melody has been attributed to both Paganini and the German opera composer Reinhard Keiser (1674-1739). Arban would probably also be inspired and challenged if he could hear his "Carnival" variations played by contemporary virtuosos of the tuba, euphonium, trombone, and cornet – for example, as recorded by Wynton Marsalis with Don Hunsberger and the Eastman Wind Ensemble.

Arban composed a number of virtuosic solos for cornet. Many are written in the theme-and-variation form, as is the case with the Variations sur Le Carnaval de Venise. This piece is based on a popular Italian folk tune whose most familiar lyrics begin with “My hat, it has three corners.” Many composers, including the virtuoso violinist Niccolò Paganini and famed operatic composer Gioachino Rossini, have written sets of variations based on this tune. In Arban’s piece, the cornet soloist first plays a lyrical introduction before introducing the melody. The variations which follow show off a wide range of cornet techniques from beautiful melodic playing to fast and furious double and triple tonguing.