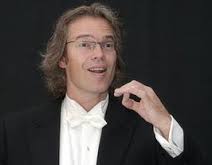 Wittrock first studied violin and clarinet at the music school in Goor. He then enrolled at the conservatory in Enschede, where he studied school music and conducting. Since 1984, he has been conductor of a number of orchestras. His first compositions were written in 1985, and included works for youth orchestra. His first serious work, Antarctica, in 1989 was enthusiastically received. From that moment, there are many compositions of such concert works for the higher divisions to educational material for youth orchestras.

Wittrock about himself: "In every composition I look back at something that can fascinate the musicians and the listener. I find inspiration to be more important than innovation."