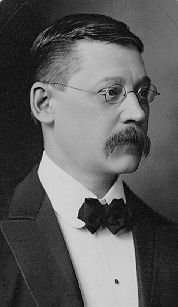 William Foden (1860-1947) was considered one of the premiere guitarists of the early 20th century, well known for his outstanding technique.

His march The Capital was originally written for guitar, and translated very well to the concert band medium. Strong, memorable themes and generous opportunities for style and musicianship abound in this skill transcription.

This concert march was originally composed for guitar by William Foden (1860-1947), who was considered to be one of the premier concert guitarists, instructors, and innovators of his generation. Marked “With spirit,” the work follows traditional American march form and modulates from Bb major to Eb major at the trio. The trio section is introduced by a four-measure percussion section solo.