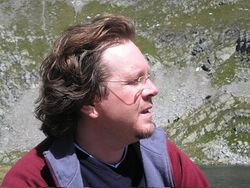 The piece pays homage to the great Chilean writer Pablo Neruda, winner of the Nobel Prize for literature and a tireless campaigner for peace and justice. Neruda’s life spanned most of the twentieth century and witnessed several critical events that marked the century: the Spanish Civil War, the Cold War, the liberation movement in Latin America and the death of Salvador Allende. His poetry and commitment to liberty and equality knew no borders. He transformed poetry into national festivities and brought a spirit to songs to benefit all and sundry.

Cantos Ceremoniales is the title of a work finished by Neruda in 1961. Together with another work entitled Canto General, the poet expresses all those difficult situations and circumstances man is forced to confront, but also the sense of hope, respect and love towards fellow mankind. The composition was written for a wind orchestra and saxophone quartet – unusual for its genre. It draws attention to the four solo instruments and their integration with the orchestra as a whole: symbolically, they begin positioned in different places on stage and then, as they begin to play, take center stage together with the orchestra as the concert begins.

The piece develops around two different themes: the first suspended and unconfined, the second rhythmic and marked. These two settings create musical strains and paths that alternate, resulting in distension (Quasi Sospeso) and tension (Tumultuoso). The initial relentless lament by the saxophones, seeming almost a ceremonial canto, is followed by a series of plays on rhythm involving both soloists and the various sections of the band. The nature of these fragments and the alternating moments of suspension and tension give the listener the sensation that events are flowing in distinct separate phases yet part of a common whole. The finale features a constant solemn recurring restrain, symbolically in “stretto”, to end the piece on a note of enduring hope in the future.