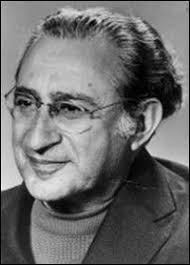 Guarnieri received his first music lessons from a local teacher and then studied privately in Sâo Paulo.  He studied piano with Ernani Braga and Antonio de Sá Pereira and composition with Lamberto Baldi at the Conservatório Dramático e Musical de São Paulo. In 1938, a fellowship from the Council of Artistic Orientation allowed him to travel to Paris, where he studied composition and aesthetics with Charles Koechlin and conducting with François Ruhlmann.

In 1927, he was named piano teacher at the Sâo Paulo Conservatory and was appointed the first director of choral and orchestral conducting at the newly formed Sâo Paulo Department of Culture in 1939. A distinguished figure of the Brazilian national school, he served in several capacities; conductor of the São Paulo Orchestra, member of the Academia Brasileira de Música, and director of the São Paulo Conservatório, where he taught composition and orchestral conducting. In 1936 he was the first conductor of the Coral Paulistano choir.

Guarnieri composed music for orchestra, chorus, voice, chamber ensembles, and piano, as well as a large number of songs.

Shortly before his death in São Paulo in 1993, he was awarded the Gabriela Mistral Prize by the Organization of American States as the greatest contemporary composer of the Americas.