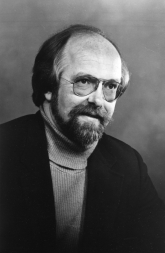 Custer was associated with the Syracuse Symphony Orchestra during the majority of his musical career serving in the keyboard, horn and string bass sections; holding various conducting positions; and serving as staff arranger. He helped to implement the orchestra's chamber music program which continues to perform in local schools and libraries to this day. Calvin was a member of the both the rock and percussion ensembles in which he played numerous instruments including keyboard and guitar. Custer was prolific in his creations of arrangements for orchestra, many of which were performed by orchestras across the country including the Boston Pops Orchestra. In 2006, the Syracuse Symphony released a CD of Custer's arrangements on the disc Big Band Bash. His many arrangements for band include Adagio from "Adagio for Strings" (Barber), Ashokan Farewell (Ungar), Rolling Thunder March (Fillmore), and Star Wars® Main Theme (Williams).