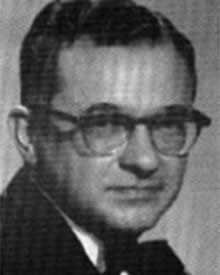 Known for his extensive orchestration work with Leonard Bernstein and numerous Broadway hits, Hershy Kay was a notable composer in his own right. This movement is taken from his popular Cakewalk ballet suite for orchestra, which was based on piano melodies of Louis Moreau Gottschalk. The style of this music adapts beautifully for band in this effective setting by Robert Longfield.

Hershy Kay adapted and arranged the piano music of Louis Moreau Gottschalk to create the 1951 ballet titled Cakewalk. It was commissioned and premiered by the New York City Ballet Company with Leon Barzin conducting. In the ballet suite, the composition now arranged for concert band by Robert Longfield was titled the Grand Walkaround, its source material derived from Gottschalk's Bamboula (1848).

From his early days in New Orleans, Gottschalk was exposed to the rhythms of Cuban and Caribbean music. In fact, before the cakewalk became stylized through its incorporation in minstrel shows and popular dance, its history reaches back to the pastimes of slaves on the Southern plantations. The novelty of Gottschalk's piece was his use of the cakewalk rhythm (essentially a habanera figure) and cross-rhythms with syncopations in way that foreshadowed ragtime.