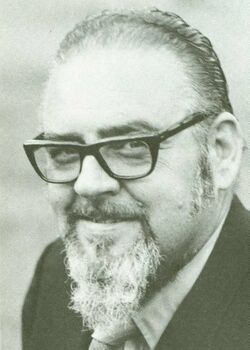 Clifton Williams provided the following program note on this work: “While it remains open to question whether music can convey any message other than a purely musical one, composers often tend to attempt philosophical, pictorial, or other aspects within a musical framework. Such is the case with Caccia and Chorale, two title words borrowed from Italian because of their allegorical significance. The first, Caccia, means hunt or chase, and is intended to reflect the preoccupation of most people in the world with a constant pursuit of materialism. The Chorale is, by contrast, an urgent and insistent plea for greater humanity, a return to religious or ethical concepts.”

Knowing the seriousness of his illness when he began this work and feeling that he might not survive an impending operation, Williams intended to write only the Caccia. However the surgery seemed to be successful and the Chorale movement was thus composed as a personal prayer of thanksgiving along with a sincere plea for ethical regeneration by all mankind.