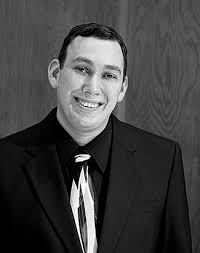 Cabinets of curiosities (known also as Kunstkammer), emerged first in the wealthy and royal homes of the sixteenth century. The cabinets held collections of various wondrous and thought-provoking objects with no obvious categorization or curation. Many of these collections included archaeological relics obtained by explorers during their voyages to the new world (Exotica), impressive and curious works of Art (Artificialia), technologically advanced mechanical automata (Scientifica), and obscure and exotic specimens from nature (Naturalia). These collections served primarily as a status symbol for the wealthy patrons that owned them, but were also viewed as a kind of proto-museum displaying, in one room, objects once unknown (and sometimes unbelievable) to European audiences at the time. To these visitors, the cabinet was a microcosm of the world.

What strikes me most about these early collections was not only the breadth of objects, but also the haphazard curation and organization of them. All of these disparate and eclectic objects were sitting beside one another almost arbitrarily. The purpose of these cabinets were not (at first, anyway) to present an easily followed narrative through science and history, but more generally to display all of the amazing and wondrous stuff the owner has in their collection. There is a kind of gleeful and passionate randomness that I really love about this idea, which is echoed in much of the music that I like as well the music that I write.

This piece is my fictional curiosity cabinet.

“The cure for boredom is curiosity. There is no cure for curiosity” –Ellen Parr.

I. The Art of Noises

These dozen or so wooden cylinders, measuring four feet high with an eleven-inch diameter, are operating instructions to a long lost mechanical marvel, namely Johann Nepomuk Mälzel’s Panharmonicon. This invention was a behemoth automatic orchestra machine complete with pipes for wind sounds, imbedded kettledrums, and could even simulate the sounds of muskets. Mälzel, known for perfecting the metronome, was also a good friend of Ludwig von Beethoven. In fact, it is well known that Beethoven composed a version of his work Wellington’s Victory (op. 91) for the panharmonicon. After a falling out between the two, their collaborative relationship effectively ended ... or so we thought.

Scribbled on each of these cylinders is Beethoven’s unmistakably flowery yet crude signature. Although no panharmonicons exist to play back the music on these cylinders (the last was destroyed in an air raid in Stuttgart in World War II), is it clear that the music embedded in them is not from Wellington’s Victory. A team of experts have analyzed the cylinders and speculate that the music is unlike anything in Beethoven’s oeuvre. The curious gestures seem to not be ordered by or centered on any harmonic or melodic means, but more by that of timbre and rhythm, as if Beethoven were playing around with the mechanical nature of the instrument. This uniquely 20th century approach was first detailed in Luigi Russolo’s futurist music manifesto The Art of Noises in 1913.

Could Beethoven, always the revolutionary, have predated many of our modernist musical aesthetics by ninety years?

The term farthest south refers to the most southerly latitudes reached by explorers during the so-called “Heroic Age” of Antarctic Exploration prior to the conquest of the South Pole in 1911. Ernest Shackleton’s “Nimrod Expedition” of 1907-09 reached a latitude of 88° 23' S. This was, by far, the farthest south reached at that time.

What is largely unknown about this expedition, however, is the unusual encounter made by Shackleton and his company. While traversing atop Beardmore Glacier, a monumental discovery by the Nimrod Expedition (which sits at approximately 83° S, farthest south at that time), they came into view of an awesome sight: an expansive and glorious field of curious glass structures, between four and fifteen feet in height. They were immaculate, crystalline, impeccably smooth, and laid out with meticulous and symmetrical coordination, reminiscent of the quiet solemnity of a cemetery. When the sunlight rose above the surrounding mountain ranges and hit these fantastic monuments, a brilliant diffusive gleam of light filled the glacial valley, and illuminated everything it touched with the brightest white light imaginable. Even more curious is that the arduous Antarctic weather seemed to have no erosive effect on the cleanliness of these structures. Analysis shows that they have been sitting like this, unblemished, for at least the past 4,000 years. It is still unknown who built or arranged them.

It seems that a change is needed in the farthest south record book.

This old and rusty film canister contains (allegedly) one of the rarest and most enticing feature films ever made. Thought to have been an urban legend, in the mid-seventies a (presently unidentified) group of the most famous and successful Hollywood filmmakers (including directors, actors, cinematographers, and musicians) embarked on a parodic project to re-appropriate a popular Italian superhero film genre, which was itself a re-appropriations of established American superhero films. An example being 1967’s I fantastici 3 Supermen (The Three Fantastic Supermen).

This parody, a misappropriation of a misappropriation, was allegedly screened only once in an empty theater (even its creators disowned it), and was said by the projectionist to have been “a two-hour bridge collapse masquerading as a movie”. The film was subsequently thrown away and lost to time, until last year when this discarded canister bearing only the words Vinegar Syndrome appeared in a dank storage unit in the Victorville Film Archives. This curious “title”, Vinegar Syndrome, probably refers to a form of decay for acetate based film, which has poetically befallen the reel sitting inside the canister.

Although the degradation of the film is strong enough to make any viewing impossible, careful analysis of a handful of individual frames seem to vaguely display the visages of famous actors such as Harrison Ford, John Wayne, and even Marlon Brando – all dressed in colorful and over-the-top superhero costumes. In addition, the composition of each shot was of stellar quality, obviously the work of a master director. People rumored to have been involved in the project range from Steven Spielberg to Martin Scorsese to Frank Zappa to Alfred Hitchcock.

Could this film be our lost parody?