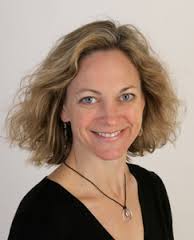 The title is intentionally capitalized.

Composer Sally Lamb McCune found herself more and more intrigued by the relationship between humans and machines. New advances in technology range from drones (unmanned flying aircraft) and highly skilled industrial robots to “family” robots and humanoids that can have conversations. Although cautionary tales of man-made creations gone awry are not new, Sally thought it would be interesting to create a kind of musical cautionary tale. In Caveat, she imagines a musical idea or creature itself being constructed assembly-line style. As it moves through time, the idea undergoes constant tinkering. Abruptly shifting from one station to another, without regard to a natural sense of pace or cadence, the music is intended to sound mechanistic but playful. As the story progresses, some traits of the object that were once slightly off-kilter become over-developed.