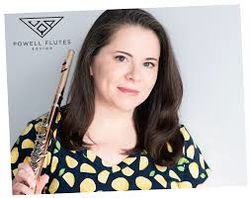 Ancient Greek mythology attributes to the founding of the ancient city of Byzantium to Byzas. Byzas was son of Poseidon, and his mother, Keroessa, was the daughter of Io and Zeus. The oracle of Apollo at Delph instructed Byzas to settle opposite the "Land of the Blind". This area of the Golden Horn was positioned on prime real estate where the city could regulate the only entrance of the Black Sea. Since the founding the city has changed its name from Constantinople to today's Istanbul.

During her youth, the composer was able to visit the Batumi and Tbilisi of the Republic of Georgia and then Istanbul, Turkey, for a summer music student exchange. The trip made a lasting impression musically and personally. She was exposed for the outside of the western musical traditions as well as byzantine art. It's a trip she reflects on often, and certainly influenced the development of this piece, Byzantium.