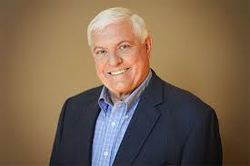 Pearson is an internationally known author, composer, clinician, and conductor. He is perhaps best known for his authorship of the Standard of Excellence Comprehensive Band Method, which is published by Neil Kjos Music Company. He also co-authored, with Dean Sorenson, the Standard of Excellence Jazz Ensemble Method. He also has written many widely performed compositions for concert band and jazz ensemble.

His 30-year teaching career included teaching at the elementary, junior high, high school, and college levels. He was nominated twice for the prestigious Excellence in Education Award and was named the most outstanding professional in the field of music for the state of Minnesota. In 1998, Pearson was awarded the prestigious Midwest International Band and Orchestra Director’s Clinic Medal of Honor, “in recognition of his outstanding contribution to music education.” In 2001 he was awarded St. Cloud (Minnesota) University’s Distinguished Service to Music Award, “in appreciation for life-long contribution to music and music education.”

Pearson has led clinics in all 50 states and has been guest conductor and clinician in countries throughout the Pacific Rim, the Orient, Europe, and the Canadian Provinces. In the United States, Pearson has conducted many All-State and Honor Bands. He has appeared as guest lecturer at over 100 colleges and universities is a popular a keynote speaker for state, provincial, and national music educators conventions.