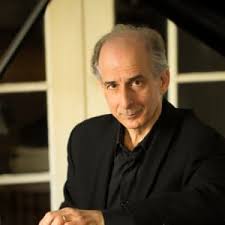 Bruce Adolphe (b. 31 May 1955, New York City) is an American composer and music scholar, the author of several books on music, and pianist.

Adolphe has composed music for Yo-Yo Ma, Itzhak Perlman, Joshua Bell, and many other renowned performers and organizations. In 2009, Adolphe's one-act opera Let Freedom Sing: The Story of Marian Anderson was premiered at the Atlas Theater in Washington, D.C.. Also in 2009, Adolphe's Violin Concerto was premiered by violinist Eugene Drucker. Music Is, for children's chorus and youth orchestra, was premiered as part of the celebration of the 25th anniversary of the Thurnauer School of Music in June 2009. Adolphe's cantata on themes of social justice, civil rights, and freedom around the world — Reach Out, Raise Hope, Change Society — was commissioned to celebrate the 90th anniversary of the School of Social Work of the University of Michigan.

In 2015, Adolphe's violin concerto I Will Not Remain Silent, inspired by the life of Joachim Prinz (rabbi in Berlin during the Nazi regime and later a civil rights leader with Martin Luther King, Jr., in the U.S.), received its world premiere with the IRIS Orchestra conducted by Michael Stern, with Sharon Roffman soloist.

Adolphe is also known for his repertoire of compositions for young listeners. These works, created primarily for his company The Learning Maestros, are interdisciplinary in nature, combining music with science, literature, history, visual arts, and current topics.

His current positions include resident lecturer and director of family concerts of the Chamber Music Society of Lincoln Center. He creates and performs a weekly "Piano Puzzler" segment on the nationally broadcast Performance Today classical music radio program hosted by Fred Child.