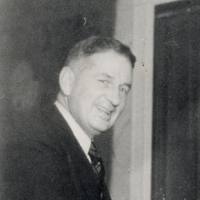 A classic march in a carefully edited version by Quincy Hilliard, Zo Elliott's British Eighth was dedicated to the members of Britain's celebrated Eighth Army and accepted on their behalf by General Sir Bernard L. Montgomery, their celebrated World War II Commander. In typical British march style, it has great verve and a trio tune everybody leaves humming.

The British Eighth March was copyrighted in manuscript in 1943 and published in 1944. It was dedicated to Gen. Bernard Montgomery and the Eighth Army after a triumphant sweep across North Africa in 1942. Following the defeat of Rommel’s forces at El Alamein, Montgomery was promoted to field marshal, and he soon became the idol of the British public. In 1944 he commanded all Allied ground forces during the invasion of France, and in 1951 he became deputy commander of the Atlantic Pact nations. Since the war, Zo Elliott’s impressive march has retained its popularity on both sides of the Atlantic. In a 1980 random survey of 69 members of the Texas Bandmasters Association, for example, British Eighth March was ranked third in a list of nearly 80 favorites.