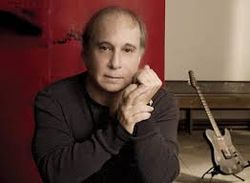 Bridge over Troubled Water was composed by Paul Simon very quickly, so much so that he asked himself, "Where did that come from? It doesn't seem like me." The chorus lyrics were partly inspired by Claude Jeter's line "I'll be your bridge over deep water if you trust in me," which Jeter sang with his group, the Swan Silvertones, in the 1958 song Mary Don't You Weep. According to gospel producer and historian Anthony Heilbut, Simon later acknowledged his musical debt to Jeter in person, and additionally handed Jeter a check as compensation. Simon wrote the song initially on guitar, but decided to transpose it to the piano, to both better reflect the gospel influence and to suit Art Garfunkel's voice.

When Simon showed the song to his partner, he informed him that he felt he should sing it by himself, the "white choirboy way." Garfunkel declined, feeling it was not right for him and believing that Simon should sing it. Garfunkel reportedly liked Simon's falsetto on the demo and suggested that Simon sing. He and producer Roy Halee also thought the song needed three verses and a 'bigger' sound towards the end. Simon agreed and penned the final verse, though he felt it was less than fully cohesive with the earlier verses. The final verse was written about Simon's then-wife Peggy Harper, who had noticed her first gray hairs ("Sail on, silvergirl"). It does not refer to a drugged hypodermic needle, as was believed by some in the United States.