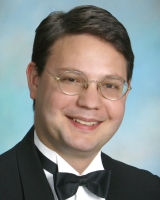 He is in his tenth year [2013] at the Duncanville Independent School District as a band director at Byrd Middle School and beginner instructor at Brandenburg Intermediate School. Both Symphonic I and II Bands at Byrd Middle School have received consistent Superior ratings at UIL concert and sight-reading contests as well as Best in Class awards at other contests and festivals. The Symphonic I Band has been a consistent finalist in the TMEA Honor Band competition each year and has been selected as Texas State Honor Band a record three times (1982, 2004, and 2008). The Duncanville High School Wind Ensemble was also selected as the 5A Texas State Honor Band for a historic third time. This is also the first time in TMEA's history that a AAAAA high school and its feeder CCC school have won in back-to-back competitions simultaneously.

Mr. Beck is very active in composing and arranging for both instrumental and vocal ensembles, many featured in honor band concerts, state marching contests, compact disc recordings, and choral concerts. His arrangements of Russian Sailor's Dance and La Basque were featured in the Reed Middle School CCC Honor Band concert in 2003, and Why Then Should I Fear? was commissioned and performed by the Cooper High School AA Honor Band at its TMEA concert in 2004. Other works by Mr. Beck were performed at the 2005 Honor Band concerts featuring the Byrd Middle School Symphonic I Band and Duncanville High School Wind Ensemble. These included an original composition, Technicolor Pachyderms, commissioned by friend and colleague David Brandon, former Director of Bands at Byrd Middle School, and a wind band transcription of the second movement of Sergei Prokofiev's Symphony No. 5 commissioned by Dr. Tom Shine.

Current projects include Mosswood Lullaby, an original composition dedicated to Olivia Williams (daughter of long-time friends Gary and Brittney Williams) and a transcription of Percy Grainger's Jutish Medley. Both pieces were premiered at the 2009 TMEA Honor Band Concerts of Byrd's Symphonic I Band and the Duncanville High School Wind Ensemble.

Mr. Beck is a member of the Association of Songwriters, Composers, Arrangers, and Publishers (ASCAP), and his works have been published by Southern Music Publications, Anthem Publications, and Alfred Publishing. Other affiliations include Texas Music Educators Association, where he serves as the Region 20 Middle School Band Chairman, and Texas Band Masters Association.