Breath of Angels, The 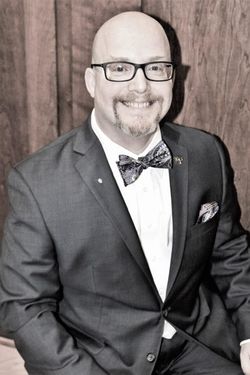 The Breath of Angels was written after meditating on a poem by Dr. Derrick Fox entitled I Can’t Breathe:

The violent death of George Floyd in Minneapolis was a tragic reminder that despite how far we have come as a nation and a society, we still have a long way to go. There is an echoing gap between who we are and who we aspire to be as humans. This work is a tribute to George Floyd and so many others who have been harmed or killed due to racism, prejudice, injustice, and brutality.

Thoughts while composing this work:

I Can’t Breathe is not only a response to the killing of Trayvon Martin, Kenneth Chamberlain, Michael Brown, Eric Garner, Ahmaud Arbery, George Floyd, James Scurlock, and numerous other Black men in the United States, but calling out the persistent racism experienced on a daily basis by Black men like Christian Cooper and Dr. Derrick Fox himself.

When I read, I Can’t Breathe, an array of emotions ran through me: sadness, anger, fear, and disgust to name a few. I grew up in Blytheville, Arkansas, a town that is predominantly African American. I have taught at an HBCU [Historically Black Colleges and Universities] and wrote my dissertation on, Little Rock Central High School before, during, and after integration 1957-1958. I am white, but I have observed racial bias all my life. I wanted to respond to the death of Mr. Floyd but could not find the words to express my feelings. When I read, I Can’t Breathe, my thoughts began to become clearer and began to write The Breath of Angels.

Influenced by this poem, The Breath of Angels was written in specific sections that reflect the mood, emotion, and experiences of that hideous day when Mr. Floyd was killed. The duration of The Breath of Angels is approximately 5 minutes. Within the work, sections are labeled: hauntingly, mournfully, reflectively, and hopeful. The use of dissonance, silence, and unresolved chords and cadences are heard throughout. In addition, rhythmic and melodic motifs are used to simulate the Morse Code distress signal SOS, ambulance and police sirens, and the flatlining of Mr. Floyd. The intervals 1-8-7 are used to represent the police code that defines the crime of murder. Motivic repetition and interplay are used to replicate conversations between witnesses of this horrific event.

I hope by reading I Can’t Breathe and listening to or performing, The Breath of Angels, you will continue to discuss racial bias and help educate those around you. Together, we can make a difference.

George Perry Floyd Jr. (October 14, 1973 – May 25, 2020) was a Black American man killed during an arrest in Minneapolis, Minnesota, after allegedly using counterfeit money to buy cigarettes. Derek Chauvin, a white police officer, knelt on his neck for nearly eight minutes [sic: 8:43] as he lay handcuffed on the ground. After his death, protests against police violence toward black people quickly spread across the United States and internationally.

50% of the composer's profits will be donated to racial equality causes.