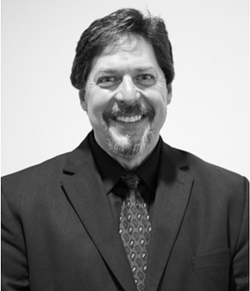 Brad Ciechomski (b. 1959) is an American composer, percussionist and educator.

Mr. Ciechomski received his bachelor’s and master’s degrees from The University of New Hampshire where he studied composition with Andrew Boysen Jr.

He is currently the director of bands at Harrison Middle School in Yarmouth, Maine, where he was the 2005-2006 teacher of the year and is one of 51 teachers in the USA to receive the 2008 American Star of Teaching. In Yarmouth, he conducts four concert bands and three jazz bands.

Mr. Ciechomski has received commissions by bands at every level, elementary through college, as well as having his compositions showcased at MENC’s national convention. His published works are written for concert bands as well as jazz bands.

Aside from composing, Brad is active in New England as a clinician, adjudicator and guest conductor at district and state music festivals and competitions.

A performer at heart, Brad stays busy as a freelance drummer with local, regional and national artists in the greater New England Area. Brad has appeared on stage with jazz great such as Clark Terry, Mel Torme, Bob Mintzer, The New York Voices, Wayne Bergeron, and Conrad Herwig just to name a few.