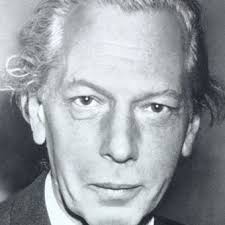 Blacher spent his first years in China and in the Asian parts of Russia, and in 1919, he eventually came to live in Harbin. In 1922, after finishing school, he went to Berlin where he began to study architecture and mathematics. Two years later, he turned to music and studied composition with Friedrich Koch. His career was interrupted by National Socialism. He was accused of writing degenerate music and lost his teaching post at the Dresden Conservatory.

His career resumed after 1945. He taught at the Hochschule fur Music in Berlin (1948-1970) and served as director (1953-1970), and he later became president of the Academy of Arts, Berlin. His students include Aribert Reimann, Isang Yun, Maki Ishii, and Richard Wernick.

Blacher was a prolific composer, producing works in both traditional and experimental styles, and is today regarded as one of the most influential music figures of his time.