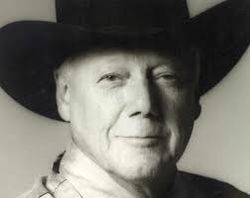 In the summer of 1919 Nolan went to live with his aunt in Boston, Massachusetts. There he attended The Belmont School until 1921, when, at the age of thirteen, he moved to Tucson, Arizona to live with his father Harry, a United States Army officer. In high school he was an average student, was a member of the Arion Club choral group, and excelled in athletics. He graduated from Tucson High School in May 1928.

After he left school, Nolan drifted around the country, finding work where he could and always writing songs. He took a lifeguard job in Los Angeles in 1929. His father had changed his name to Nolan and it was as Bob Nolan that he began a career as a singer on the Chautauqua tent-show circuit and as a lifeguard in Santa Monica.

In September 1931 Nolan answered a classified ad in The Los Angeles Herald-Examiner that read "Yodeler for old-time act, to travel. Tenor preferred." The band was The Rocky Mountaineers, led by a young singer named Leonard Slye, who would later change his name to Roy Rogers. After listening to the tall, slender, tanned Nolan sing and yodel, Slye hired Nolan on the spot. Although he stayed with the group only a short time, he stayed in touch with Slye.

In 1934 Nolan began his career in film as the singing voice for Ken Maynard in the 1934 film In Old Santa Fe. In 1935 the Sons of the Pioneers appeared in their first full-length Western movie, The Old Homestead. Nolan appeared in at least 88 Western films, first for Columbia Pictures and later with cowboy stars Gene Autry and Roy Rogers. In many of these films, Nolan was featured in prominent supporting roles with significant dialogue.

In 1949 Nolan retired from show business and began a semi-secluded life as a songwriter. In 1971 Nolan was inducted into the Nashville Songwriters Hall of Fame. In 1980, at the age of 72, Nolan recorded his last LP album, Bob Nolan: The Sound of a Pioneer.