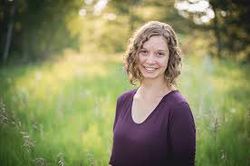 Blueprints for Hope is written in celebration of the 50th anniversary of Earth Day. The first Earth Day was a grassroots effort organized by Wisconsin senator Gaylord Nelson on April 22, 1970, as a way for the American people to speak out against environmental degradation. The Earth Day movement is attributed to sparking the development of the U.S. Environmental Protection Agency, which formed later that year, and led to numerous environmental successes in subsequent years, including the Clean Water Act, Clean Air Act, Endangered Species Act, and the Paris Climate Accord. Earth Day events have spread to take place each year all over the globe, spurring community engagement and raising public awareness for environmental issues worldwide.

Fifty years after the first Earth Day protest march, we are still faced with immense and urgent environmental challenges. While there is much work to be done, there is also much work to be celebrated. Activist victories are easily forgotten, but their stories can be looked upon as blueprints for the next wave of change and the next generation of activists.