Blest Be the Tie that Binds 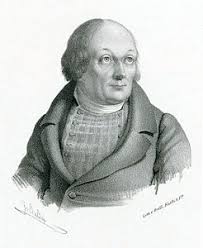 The theologian John Fawcett wrote the words to the hymn Blest Be the Tie that Binds in 1782. The melody currently used for the hymn was originally composed under the title Dennis by Johann Han Geog Nägeli, but Nägeli was only nine years old in 1782, so it is not clear to what tune Fawcett was writing. Lowell Mason arranged Dennis and first published it in The Psaltery (1845), a hymnal he compiled with George Webb. Mason attributed the tune to Nägeli but included no source reference.

This arrangement was made at the request of Christopher Clifton, director of the Carlisle High School Band, Price, Texas, to perform for their concert as the Texas Music Educators Association 2019 Class AA Honor Band. The song was a favorite of Mr. Clifton's and no previous band arrangement could be located. The melody is very simple and contains a lot of thirds, so the newly-composed part of this arrangement is based on thirds. Though the arrangement is tonal, it does contain enough borrowed chords to subvert some expectations listeners would have as to the harmonic scheme.