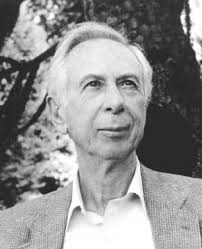 In 1964, I wrote a large wind ensemble work entitled Apocalyptica. From this work I drew the material for a 17-player wind piece called Black Sounds. This new work was done in 1965 on commission from Lincoln Center for a dance called The Act, choreographed by Anna Sokolow for inclusion in a special TV composite project Lincoln Center, developed in cooperation with WNET, New York; later that show was awarded the Prix d’Italia.

Since the dance concerned itself with the “act of murder,” the music, to be appropriately “black”, had to be unrelenting in its intensity, dark in its gesture. The result was a totally chromaticized texture, though not necessarily atonal. In a through-composed, single movement, Black Sounds is stylistically consistent from beginning to end. At the time I wrote it, I also thought of it as an “homage” to Varese, whom I admired greatly for his directness and power of dramatic expression. The intensity of juxtaposition of the works presented here is probably the best way to understand my personal "credo" as a composer. Perhaps the very friction of their side-by-side relationship will heighten the particular qualities and characteristics of each, and throw them into sharper and more pointed relief. Whatever the effect of the "accidental" juxtaposition, each work ultimately exists for itself alone.