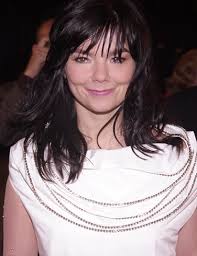 At six, Björk enrolled at Reykjavík school Barnamúsíkskóli, where she studied classical piano and flute. After a school recital in which Björk sang Tina Charles's 1976 hit I Love to Love, her teachers sent a recording of her singing the song to the RÚV radio station. The recording was nationally broadcast and, after hearing it, a representative of the Fálkinn record label offered Björk a recording contract. Her self-titled début, Björk, was recorded and released in Iceland in December 1977.

During her teens, after the diffusion of punk rock music in Iceland she formed the all-girl punk band Spit and Snot. After a period between 1986 and 1992 with the group The Sugarcubes, Björk moved to London to pursue a solo career, producing most notably the albums Debut and Post.

In 1999, Björk was asked to write and produce the musical score for the film Dancer in the Dark, for which she also played the lead role. The film received the Palme d'Or at Cannes, and Björk received the Best Actress Award for her role.

Björk's music has been the subject of much analysis and scrutiny. Critics often agree that she constantly defies categorization in a musical genre. Although she often calls herself a pop artist, she is considered a "restlessly experimental creative force." According to The New Yorker 's Taylor Ho Bynum, "No contemporary artist so gracefully bridges the divide [between music experimentalist and pop celebrity] as Björk." Broadly summarizing her wide-ranging integration of art and popular music, Joshua Offstroff suggested that "there is no better descriptor for what Björk does than artpop."