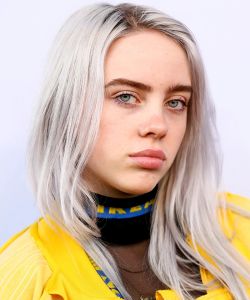 Eilish first gained attention in 2015 when she uploaded the song Ocean Eyes to SoundCloud, which was subsequently released by the Interscope Records subsidiary Darkroom. The song was written and produced by her brother Finneas, with whom she collaborates on music and live shows. Her debut EP, Don't Smile at Me (2017), became a sleeper hit, reaching the top 15 in the U.S., UK, Canada, and Australia.

Her accolades include five Grammy Awards, two American Music Awards, two Guinness World Records, three MTV Video Music Awards, and one Brit Award. She is the youngest person and second person ever to win the four main Grammy categories -- Best New Artist, Record of the Year, Song of the Year and Album of the Year -- in the same year. In 2019, Time placed her on their inaugural "Time 100 Next" list. Additionally, Eilish is the 23rd biggest artist of the digital singles era, according to RIAA, selling 37.5 million singles in the U.S. alone.