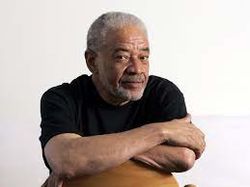 Withers was born with a stutter and later said he had a hard time fitting in. His parents divorced when he was three, and he was raised by his mother's family in nearby Beckley, West Virginia. Withers enlisted in the United States Navy at the age of 17, and served for nine years, during which time he became interested in singing and writing songs.

He left the Navy in 1965, relocating to Los Angeles in 1967 to start a music career. His debut release was Three Nights and a Morning in 1967. Arranged by Mort Garson, the song went unnoticed at the time but was later reworked by Withers as the track Harlem.

Withers worked as an assembler for several different companies, including Douglas Aircraft Corporation, IBM and Ford, while recording demo tapes with his own money, shopping them around and performing in clubs at night. When he returned with the song Ain't No Sunshine in 1971, he refused to resign from his job because he believed the music business was a fickle industry.