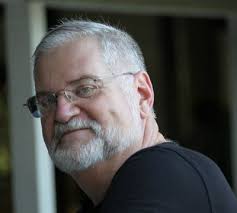 Bill Locklear (b. 1947) is an American composer and educator.

Mr. Locklear holds the Bachelor of Science in Education from Jacksonville State University with post baccalaureate study at Georgia Southern University. During his thirty year music education career Mr. Locklear served at the elementary, middle and high school levels. He has been invited to guest conduct numerous middle, high school and community bands in the United States. He was twice named “S.T.A.R. Teacher” by the Effingham County, Georgia, school system and selected for “Who’s Who in Teaching” on three occasions.

He has composed for the professional, community, university and public school levels for over forty years. Most recently, Mr. Locklear was commissioned by the District Nine Georgia Music Educators Association band directors to compose a work for their annual honor band clinic and concert and serve as clinican. He was asked in 1993 to arrange music for the Atlanta Braves World Series homecoming party and in 1996 several of Mr. Locklear’s compositions were performed at the Atlanta Summer Olympic Games. He is a member or past member of A.S.C.A.P., National Band Association, NAfME, Georgia Music Educators Association and Phi Mu Alpha Sinfonia.