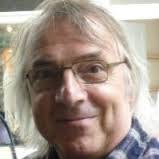 Bill Connor (b. 1949, Lancashire, England) is a British composer and conductor.

Since the 1970s, Connor has made his living as a composer by working across many genres and media from rock and jazz to the symphony orchestra. He has written music for over 300 film and television projects and spent six years as composer-in-residence for Granada Television in Manchester UK. Connor has written many music theatre pieces including commissions from Royal Exchange Theatre Manchester/Manchester Camerata and Adelaide Symphony Orchestra/South Australian Opera Company, and he has devised music/drama projects for the BBC Philharmonic in the community and Strangeways prison including a community opera for the 75th anniversary of the BBC.

His concert music includes operas, symphonic music, music-theatre, concerti, and many theatrical pieces, bringing together the symphony orchestra, actors, children and audience as he has done on three occasions for the BBC Proms at the Royal Albert Hall in London. Connor has written much chamber music, and his love of language and words is evident in the many choral pieces. Since 2000, at the behest of the British Council, he has been working with the Sibenik International Children's Festival in Croatia, partnering with schools and community groups to create new music/theatre work based on the ideas of the children themselves. Connor is currently [2022] the artistic director of the Llandudno Festival – conductor of the Gwynedd/Mon Youth Orchestra.