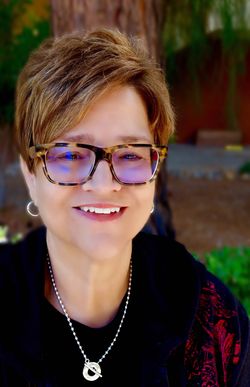 Dr. Mehocic received her M.M. and Ph.D. in music composition from Michigan State University, East Lansing, and is currently the music director/composer-in-residence and full professor for the Department of Dance at the University of Nevada, Las Vegas.

Dr. Mehocic has written over one hundred works for orchestra, concert band, chamber music, dance ensembles, theatre and film, and her works have been performed throughout the United States, Japan, China, Korea and Europe. She has produced works in several Las Vegas hotels including The Mirage, Caesar's Palace and the Las Vegas Hilton.

From 2000 to 2018, several of her music compositions written for choreography were performed at the Endinburgh Fringe Festival, Edinburgh, Scotland, the Adaliade Fringe Festival, Adalaide, Australia and for joint concerts between UNLV and the Korea National Sport University, Seoul, Korea. Her video dance poem Perpetual Motion with original music for vibraphone quartet was also performed in Seoul, Korea, and the video is in the Jerome Robbins Dance Library of the NYC Library at Lincoln Center. Shadows, a dance poem with her original music, and her video dance poem Hands, were presented at the 2005 International Taishan Congress of Cultures and the 19th World Congress of Poets in Tai’an City, Shandong Province, China, for which she was awarded a “Gold Medal in Innovation” for digital poetry, dance and music by the Peoples Republic of China. As a multimedia performing artist, her music, poetry, visual art and dance were presented in her one-woman exhibit entitled Poetic Visions which was on tour in the Clark County Library Galleries in Las Vegas.

She has received several grants from The Nevada State Council on the Arts as well as receiving a grant for her participation in the China Conference. Her other grants include awards from New Music Across America, the Southwest Gas Corp., The Western States Arts Foundation and Meet-the-Composer as well as awards in music composition from ASCAP.

Her article "Learning to Dance with Live Music" was published by Dance Teacher Now and her article "Chamber Music in Las Vegas" was featured in the directory edition of Chamber Music America.

She was proclaimed "Distinguished Composer" of the City of Las Vegas by former mayor Jan Laverty Jones and received commissions from New Music Across America, the Sierra Woodwind Quintet, the University of Utah for a musical score to a documentary film that commemorated fifty years of dance history at that university as well as commissions from Artists Embassy International and the Natica Angilly Poetic Dance Theater.

Dr. Mahocic was awarded the first Performing Artist's Fellowship in Music Composition from the state of Nevada and became a founding member for the International Guild of Musicians in Dance, the first guild in western history devoted to the advancement of concert dance music and musical education of dancers. She was also the founding editor for the Guild's journal for three years.