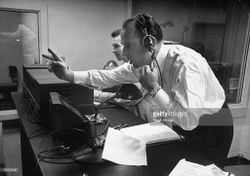 He studied at Nassau College Center and Cooper Union College. He was a producer and consultant for over 650 local television shows. He had also been a newspaperman, theatre manager, and a radio writer. During World War II, he served in the Infantry and in Air Corps Intelligence. The composer of several songs, he wrote the popular Dogface Soldier.