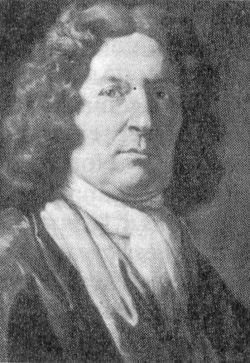 Pasquini was a pupil of Mariotto Bocciantini in Uzzano (Pistoia). When he was 13, he moved to Ferrara with his uncle Giovanni Pasquini, where, at the age of 16, he would become the organist of Accademia della Morte and serve from 1653 to 1655, a prestigious post that would later serve as a launching pad for his successors.

He was quickly drawn to Rome, and, in 1657, he was appointed as the organist of Santa Maria in Vallicella (Chiesa nuova). In February 1664 he was appointed organist of the Basilica di Santa Maria Maggiore and Santa Maria in Aracoeli. Finally, after ten years in Rome, in November 1667 he entered into a long period of service of the Borghese family, enjoying the patronage of Prince Giovanni Battista Borghese, and, from May 1693, his son and successor, Prince Marcantonio Borghese.

As a composer and keyboard player, Pasquini collaborated on music performances for a host of famous patrons in Rome, such as cardinals Flavio Chigi, Benedetto Pamphilj, and the politically savvy Pietro Ottoboni.

Queen Christina of Sweden played an important role in his career, and it was in her honour that his operas L'Alcasta (libretto by Giovanni Filippo Apolloni), and Il Lisimaco (libretto by Giacomo Sinibaldi) were performed, respectively, in 1673 and 1681. His first opera for Queen Christina focused on the theme of just feminine revenge, and included an incredibly ornate dedication which compared the Queen to Alexander the Great.

From 1671 until 1692, Pasquini wrote "no fewer than 16 operas, 15 oratorios and about 70 cantatas." He composed numerous operas, all staged in Rome between 1672 and 1692, and which were performed again or excerpted in shows at several Italian theatres (Florence, Pisa, Naples, Ferrara, Perugia, Genoa, Rimini etc.).

Pasquini was a renowned teacher of harpsichord. Among his pupils were Tommaso Bernardo Gaffi and his nephew Felice Bernardo Ricordati. Many important musicians of the late 1600s and early 1700s had lessons from him including Georg Muffat, who praised Pasquini for having taught him "the Italian way of playing the organ and harpsichord." Pasquini taught many other notable musicians of the era, including Johann Philipp Krieger, Giuseppe Fabbrini, Floriano Arresti, Johann Georg Christian Störl, and Franz Jakob Horneck, and probably also Ferdinand Tobias Richter and Carlo Domenico Draghi.

Together with Arcangelo Corelli and Alessandro Scarlatti, in 1706 Pasquini became member of the Academy of Arcadia. He is frequently paired with Scarlatti in discussions of keyboard technique and compositional style.