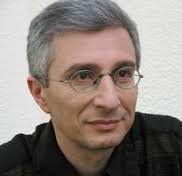 Dr. Yusupov studied piano, composition and conducting at the Tchaikovsky State Conservatory in Moscow with Roman Ledeniov, Yuri Fortunatov and Dmitri Kitajenko. He received his Ph.D. degree at Bar-Ilan University.

In 2005, Yusupov’s Viola Tango Rock Concerto - written for the internationally-renowned violinist Maxim Vengerov – enjoyed a triumphant world-premiere by the NDR Radio-Philharmonie in Hannover. The music has been welcomed with great enthusiasm by audiences and critics around the globe. The work has been featured in a documentary film about the life of Maxim Vengerov titled "Living the Dream" produced by EMI Classics and distributed worldwide.