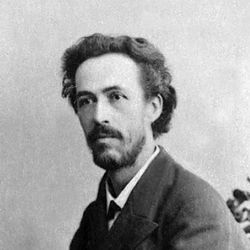 Godard entered the Conservatoire de Paris in 1863 where he studied under Henri Vieuxtemps (violin) and Napoléon Henri Reber (harmony) and accompanied Vieuxtemps twice to Germany.

In 1876, his Concerto romantique was performed at the Concerts Populaires, and other of his large works were also performed at these concerts. In 1878, Godard was the co-winner of the Prix de la Ville de Paris. His winning composition, a dramatic symphony entitled Le Tasso, remains one of his most admired works.

From that time until his death Godard wrote a large number of compositions. These include eight operas, among them: Jocelyn (the Berceuse from which remains Godard's best-known composition), performed in Paris in 1888; Dante, played at the Opéra-Comique two years later; and La Vivandière, left unfinished and completed by Paul Vidal (1863–1931). The last of these was heard at the Opéra-Comique in 1895, and it has been played in England by the Carl Rosa Opera Company. Along with eight operas, Godard also composed five symphonies, two piano and two violin concertos, string quartets, sonatas for violin and piano, piano pieces and etudes, and more than a hundred songs.

He became a professor at the Conservatoire de Paris in 1887, and was made a Chevalier (Knight) of the Légion d'honneur in 1889.