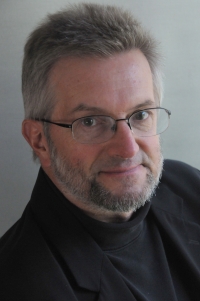 Benediction was originally a work for tuba/euphonium quartet. It was composed for the Sotto Voce Quartet in 2002 to be the final work on a recording of all of the composer’s tuba quartets (Summit Records). This internationally acclaimed quartet is made up entirely of former students of John Stevens at the University of Wisconsin-Madison. Benediction was intended to be a sonorous “amen” of vocal character on this recording primarily comprised of more lively works. The composer’s creation of this version for wind band was encouraged by and is dedicated to Scott Teeple, Director of Bands at the University of Wisconsin-Madison.