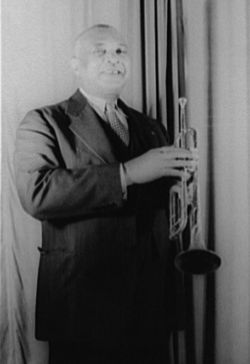 Beale Street Blues is a 1916 song by American composer and lyricist W.C. Handy. The title refers to Beale Street in Memphis, Tennessee, the main entertainment district for the city's African American population in the early part of the twentieth century, and a place closely associated with the development of the blues. The song was first popularized for a mass audience when sung on Broadway by Gilda Gray in the 1919 musical revue Schubert's Gaieties.

Like many of Handy's songs, Beale Street Blues is a hybrid of the blues style with the popular ballad style of the day, the opening lyrics following a line pattern typical of Tin Pan Alley songs and the later stanzas giving way to the traditional three-line pattern characteristic of the blues.

This work is also a favorite of the Canadian Brass.