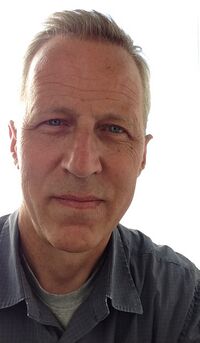 Having scoured the mean streets and back alleys of this godforsaken part of town, our hero stumbles on the hideout of the underworld kingpin responsible for kidnapping his gal. His aim: negotiate her release, hopefully without incident. He walks in. Impressed by his moxie, the mob-boss ultimately relents, but only under certain conditions: the man must walk out, unarmed, with his girlfriend following at a distance. Under no circumstances is he to turn back until he leaves the gang's turf.

It is at this point that our story begins—with the fatal error. Sensing a setup, our hero panics and grabs the girl’s arm in what will prove a doomed attempt to flee on his own terms. Stunned, the mob pursues the pair through the nooks and crannies of this dank quarter. At intervals the fugitives stop to catch their breath only to be spotted again, and the chase is back on. Eventually the band of thugs gains ground on the frantic, exhausted couple, overtakes them and exacts a horrible vengeance.

The music of Ballistic Etude 3.0 is cast in the form and style of the caccia (It.) or chace (Fr.), 14th century genres commonly associated with the hunt. Its texture is predominantly lean and sparse, and the ritornelli that announce and later punctuate the movement are particularly athletic -- all quick-twitch and heart palpitations.

Though the work is most clearly “ballistic” in the sense of going ballistic and in describing the demands it makes of the ensemble, it also represents a study of flight -- of bodies in motion and of escape -- as well as an exploration of myth and film noir. Interestingly, the term has its roots in the Greek word "diaballein" (to throw across, to hurl, to slander) and the associated "diabolus" (in musica) familiar to musicians in general and composers in particular.

The work is dedicated to the memory of composer William Albright, a gifted, orphic figure pursued by his own demons.

Ballistic Etude 3.0 was commissioned under the auspices of the First University of Michigan Band Commission Prize and premiered under the direction of H. Robert Reynolds.

Ballistic Etude 3.0:' Panic is a mixture of tense, rocking consonances and dissonances as well as dramatic moment of both stasis and motion. Musically this work sounds much like a film score or symphonic poem, telling us a story but also provoking our imagination. Playing with standard musical devices, such as the ominous sounding low brass or the drama of a large ensemble crescendo, Kilstofte plays on our expectation of what these sounds mean in society. Are the jumping trumpet intervals truly indicating a tense encounter, or could something else be happening entirely? What about the rocking seconds and thirds; does this indicate impending doom as it does in some movie scores? By providing the work's premise but encouraging one's imagination, the composer sets parameters for the audience, yet liberates us from feeling as if we are only spectators. Blending myth and modern grit, Kilstofte manages to tell a story but allows us to choose the ending.