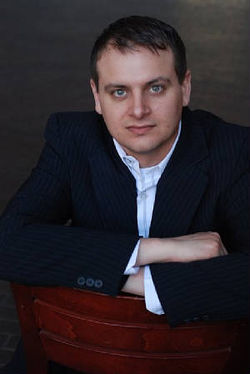 Baljinder Sekhon is an American composer and educator.

Dr. Sekhon holds a BM from the University of South Carolina, and Ph.D. and MA degrees from the Eastman School of Music. While at Eastman he was a three-time recipient of the Howard Hanson Orchestral prize and served as president of the highly acclaimed OSSIA New Music Ensemble. He serves as assistant professor of composition at the University of South Florida where he received a 2017 Outstanding Undergraduate Teacher award.

Baljinder Sekhon's music has been presented in over 500 concerts in twenty countries. From works for large ensemble to solo works to electronic music, Sekhon demonstrates a wide range of interests and styles. Sekhon’s compositions for saxophone and percussion instruments are widely recognized as pioneering work in those genres with numerous presentations, CD recordings, and guest lecture appearances.

Recent commissions include Sekhon’s involvement in the Global Premiere Consortium Commissioning Project, which resulted in his work Sonata of Puzzles for the top saxophonists around the world. In addition, over forty percussionists recently joined together to commission Passageways,a solo steel pan and percussion ensemble work. Most recently, Sekhon completed a new work for solo marimba entitled Distances, commissioned by Michael Burritt and a large consortium of soloists.