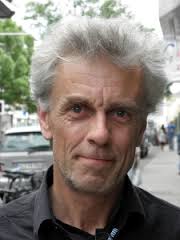 Subtitle: A fantasy in 3 movements for large wind band based on motives from the 'Ciaccona in D minor for Solo Violin' by J.S. Bach

Stert’s aim is to bridge a gap between modern wind music and European symphonic music with his compositions. The work Bachseits was composed as Hilgen Symphonic Wind Orchestra’s competition entry piece for the German Wind Orchestra Competition in the year 2012. The inspiration for the fantasy in three movements was taken from the Ciaccona in d minor for solo violin by Johann Sebastian Bach. With his work Bachseits, Stert wishes to “draw out all the colors of the wind orchestra”. Since its first performance, the piece has received great international recognition.