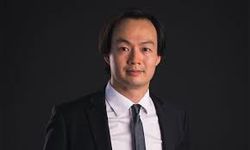 Subtitle: Swahili adaptation of The Lord's Prayer by Chris Kaigiri

Marking the tenth anniversary of Christopher Tin's phenomenal hit Baba Yetu, we feature his exhilarating and uplifting music in a full-length, first-time-ever arrangement for concert band.

Written 2005 for the video game Civilization IV, the song quickly garnered attention outside of its originally intended audience, and in February 2011 it won a Grammy award for "The Best Instrumental Arrangement Accompanying Vocalists" category.

The words of the song, by Chris Kaigiri, are a Swahili translation of The Lord's Prayer.