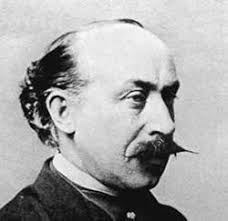 Kéler first studied law, then tried his hand at farming, and finally, at the age of 25, decided to become a musician. He studied in Vienna and played at the Theatre an der Wien. In 1854, he assumed leadership of Gung'l's Band and began his career as a conductor and composer. He went to Vienna in 1855, where he worked as a bandmaster. In 1856, he was named director of the band of Infantry Regiment 10 in Vienna. He left that band in 1860 to form his own orchestra. When that venture proved to be unsuccessful, he led the 2nd Nassau Infantry Band in Wiesbaden (1863-1866) and the Wiesbaden Spa Orchestra (1863-1872).

Kéler's music is light, easy to comprehend and features clever orchestration. He was very popular as a composer of orchestral and dance music, and was looked upon as one of the best of writers of violin solos. His overtures and compositions for small orchestra were long popular in the United States and England.