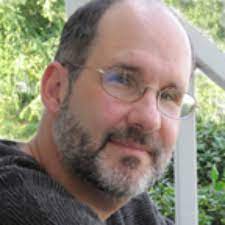 The ancient instrument known as the shofar, or ram's horn, has a special place in the Jewish tradition. Legend recounts that its sound was heard at the giving of the Ten Commandments at Mt. Sinai, the tumbling walls of Jericho, as a call for battle, and that its sound will be heard to herald a messianic era. The instrument has survived through post-Biblical and contemporary times and features prominently in the liturgy of Rosh Hashanah, the Jewish New Year.

The blowing of the shofar in the Rosh Hashanah service is a call for repentance, symbolically awakening the sleeper from a moral and spiritual slumber. Each of the three movements of Awake, You Sleepers! is based on one of the three calls associated with the blowing of the shofar. Tekiah is a long note rising in pitch; shevarim is three shorter notes; and teruah is a long repeated staccato blast. Each movement is also preceded by well-known verses from the Rosh Hashanah liturgy. Much of the music for Awake, You Sleepers! is based on Rosh Hashanah motives and melodies that occur in the German/East-European musical tradition.

I Tekiah. “ . . . as morning dawned, there was thunder and lightning and a dense cloud over the mountain; there was a loud shofar blast, and all the people in the camp trembled.” (Exodus 19:16)

II Shevarim. “The great shofar is sounded, and a still small voice is heard.” (excerpt of the Unetaneh tokef prayer, attributed to Rabbi Amnon of Mainz)

This piece was made possible by a grant from the Fromm Music Foundation.